Let me start by saying that among all of the treats I enjoyed growing up, this one continues to stand its ground as one of my top favorites.  After tasting a treat so light, crisp, and sweet  (not to mention deliciously-melt-in-your-mouth fantastic), I imagined the inventor of the meringue cookie had to have been a wizard that had somehow mastered the art of combining thick and puffy clouds with sweet cotton candy, using technology, knowledge (and magic) beyond understanding… 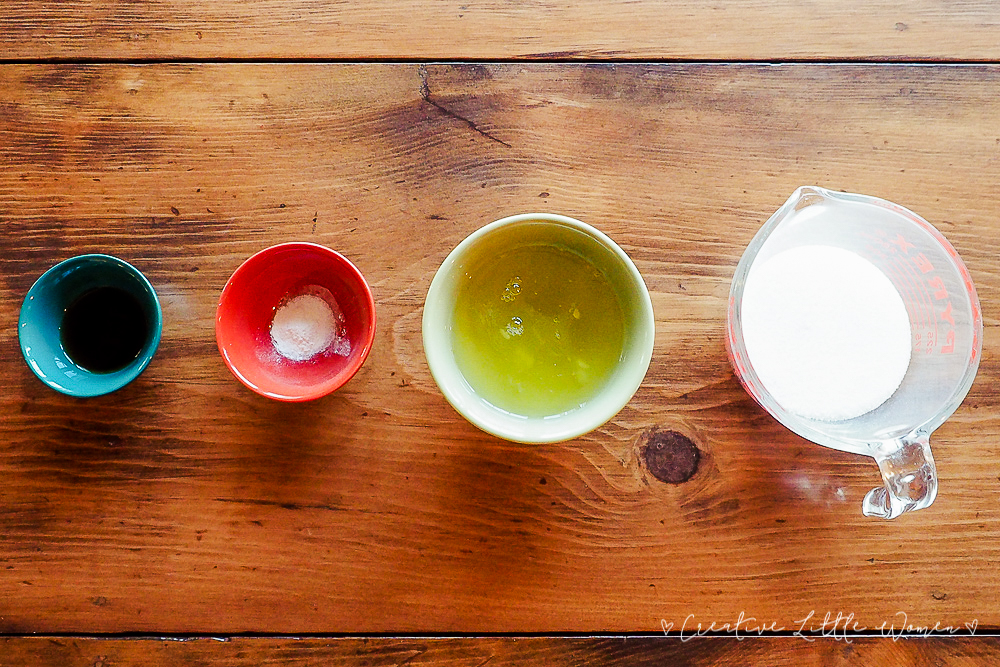 Thankfully though, it turns out they’re not nearly that complicated to make. Meringue cookies are made of a basic five ingredients: egg whites, sugar, vanilla extract, cream of tartar, and salt.

The recipes vary, but are all very similar and can easily be found online. Personally, I just googled for a recipe and used the one here. Step one involved blending all ingredients, except sugar, in a mixer until foamy. The sugar was then gradually added while mixing at high speed. After a time period that felt like FOREVER (about 7 minutes), the meringue formed stiff, glossy peaks and was ready to be used. 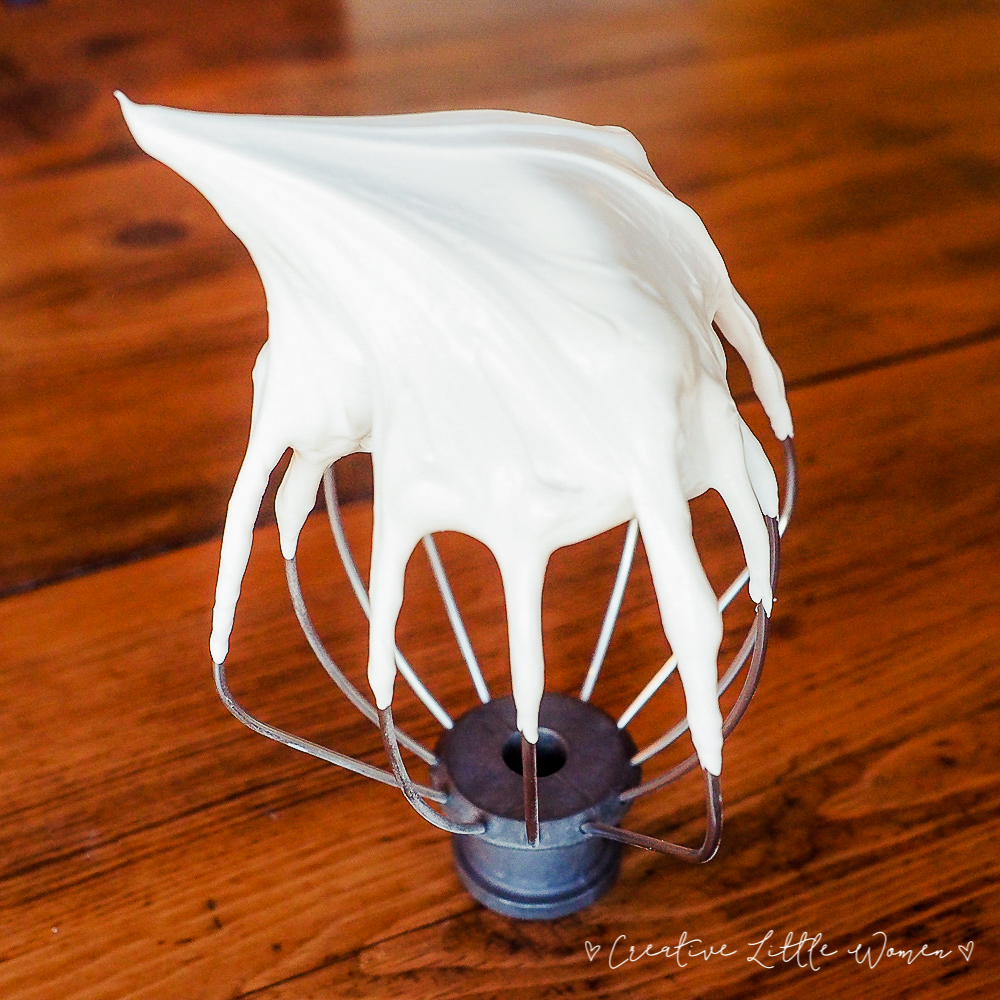 The messiest bit by far was trying to force this sticky mixture into pastry bags. Sugar was everywhere (not that I’m complaining).  I ended up keeping the bag standing up in a glass as I scooped the meringue in, which worked…..fairly well. Then all that was left to do was pipe them onto the covered baking sheets. 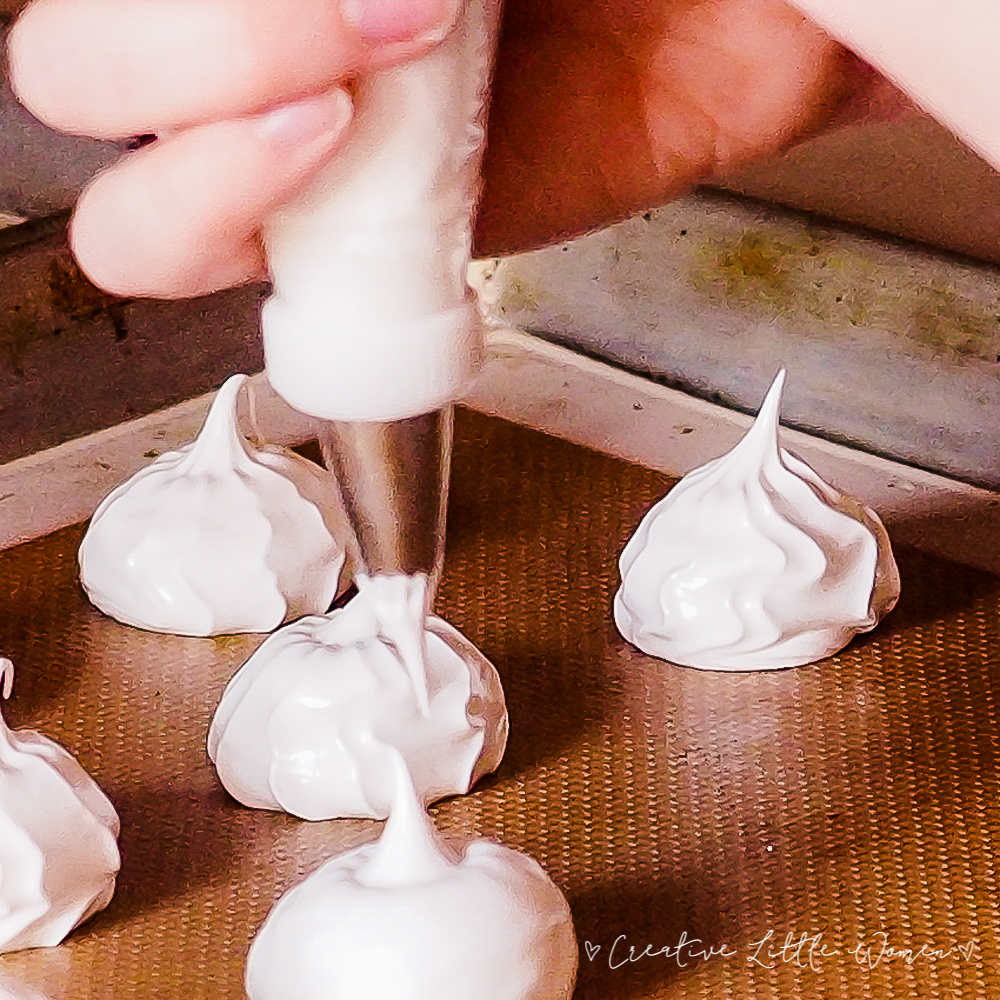 The meringues were then baked for 45 minutes in a 250° oven, then kept in the closed oven for an additional hour.

Now for the most important part: RESULTS. You need to know if they’re even edible, right?

Well, the texture of the meringues turned out well. They were fully dry and crisp, not to mention the color they should be (I sometimes end up with brownish meringues…which isn’t right).

One issue I had was that each cookie had a large air bubble near the top, which definitely took away from its quality. I’m open to suggestions on how to fix this!

Finally, the accidental success of the day was having too much meringue and not enough pans, resulting in the decision to pipe “mini” meringues in between the larger ones. Now it might just be my obsession with everything bite-sized, but I definitely favored these over the actual cookies. Needless to say, I will be attempting to make an entire batch of mini-meringues very soon. Until then, I highly recommend everyone try these “magical cotton candy cloud” cookies if you haven’t already.

Welcome, I'm Judi! I love connecting with others through the joy of creating! I'm a follower of Jesus, wife, momma & nana. My 5 girls & I love to make things, they are my 'Creative Little Women'. ❤︎ 1 Corinthians 10:31 ...learn more here

Thanks Aunt Gracie for the ‘fluffy slime’ part

I peeked in my daughter Hannah’s craft room and

Thanks @piccolobobbins for my happy mail! Better g